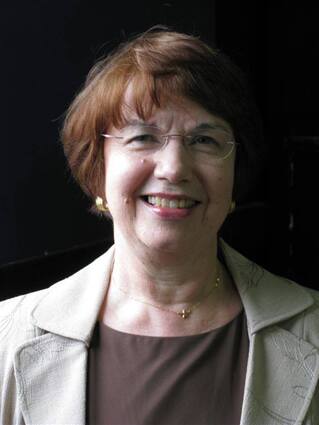 Reverend Patricia Gunn grew up in Guelph, Ontario, and attended the United Church of Canada.

Answers to her spiritual questions started to come in 1966 while she was living overseas, in London, and had the good fortune to observe and listen to some of the world's greatest mediums.

Her study of Spiritualism continued there for six years, until she returned to Canada.
Patricia joined a Spiritualist church in Toronto and began to develop her own mediumistic gifts. She also began working on the church platform and practising spiritual healing. In 1978 Patricia moved to Vancouver and joined the International Spiritual Alliance in New Westminster. Top British mediums who had immigrated to Canada worked there and helped Patricia to further her training. In time she was invited onto their board of directors and learned some of the behind-the-scenes challenges of running a church.

Patricia's teacher was asked to start her own Church and invited Patricia to join their board of directors as the secretary/treasurer and eventually to train as a minister. As part of her training Patricia led development circles, taught workshops and worked on the platforms of several of the churches in the lower mainland. She also continued taking classes with other ministers and visiting mediums. After five years of training Patricia was ordained as a minister.
Upon moving to Duncan in 1991, Patricia and her husband Ian decided to open a Church to see if anyone in the area was interested in Spiritualism. It turned out that many people were, and the Church has flourished. Ian passed in 1993.
Patricia was invited to teach evening courses on Psychic/Spiritual Awareness at Malaspina College and taught there for three years, until her church workload grew larger.

Because a medium's gifts are constantly unfolding, Patricia continues to take courses from visiting mediums and occasionally travels to the Arthur Findlay Spiritualist College at Stansted, England, to upgrade her skills and learn different ways of working.

Aside from her work as a minister and medium, Patricia's great joy comes from teaching others to unfold their own gifts and find their own connection with the Spirit world and a personal connection to their own personal God.
Rev. Gunn is available for questions about spiritual and psychic happenings, spiritual counselling, spiritual healing, private readings, weddings, funerals or memorial services, and naming services.
​
Phone 250-748-0723 or e-mail patriciais@shaw.ca